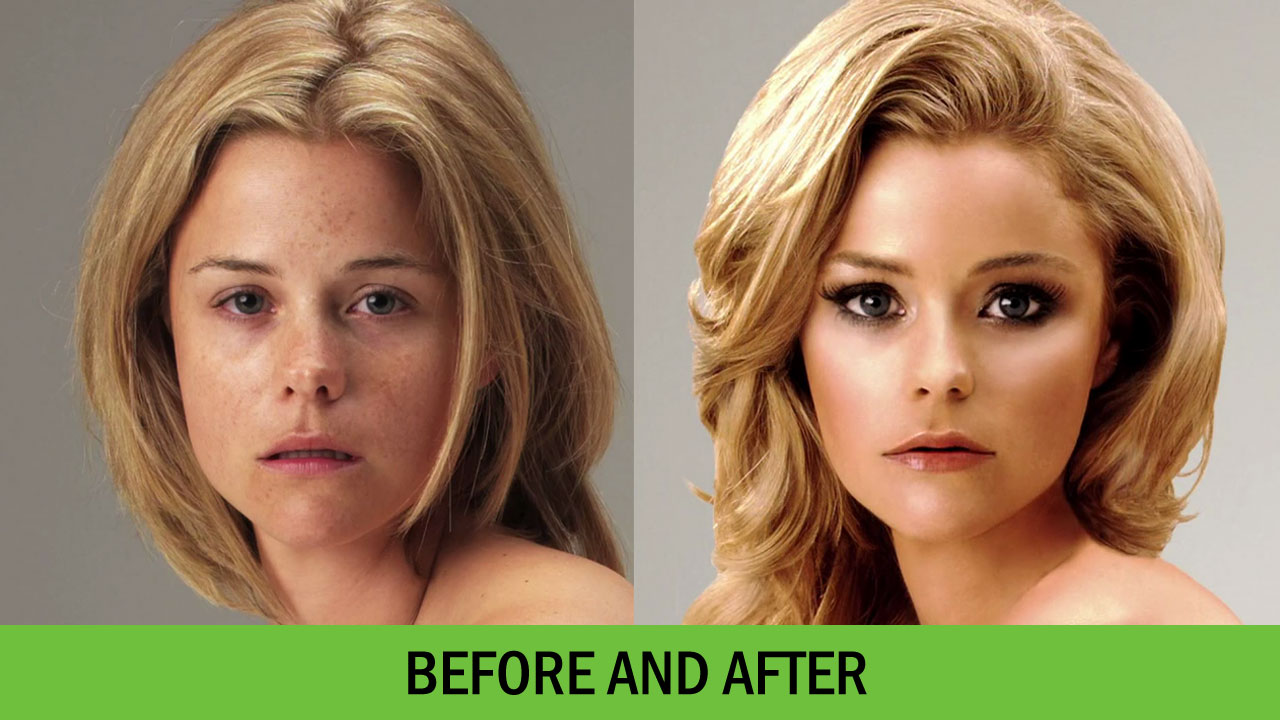 Unless you’re a photographer, this video will probably surprise you.

I’m posting it here today because of a conversation that I had with a beautiful 23 year old woman. But before I tell you about that, please watch the video…

My Take On It

My newsletter readers know that I like to learn something from every situation. I’m told I have an unusual take on things. So here goes:

My job is to make plain people look amazing.

As a photographer I make people look better than they do in real life—it’s what people pay me for. We live in a society which values beauty highly. Frankly, I wouldn’t get many customers if I made people look ordinary.

I spend a lot of my time manipulating the photographs that I take with tools such as Photoshop. As soon as I meet a model I am already pre-visualising in my mind’s eye exactly how I will change their faces and bodies later in Photoshop.

Truth be told, I never give it a second thought.

Well, I didn’t. My attitude towards all this changed a few days ago when I was chatting with a 23 year old woman. For the purpose of this post, I’ll call her Lucy (but that’s not her real name).

I spend a lot of my professional life around models. So when I say that Lucy is pretty, I think my judgment can be trusted.

During our conversation it became apparent that Lucy thought that she is ugly. The moment I realized this my mind took a double-take. My ‘My Take on It!’ gene kicked in.

As teenagers, most of us go through a self-conscious stage. Our body is changing. Zits. Hair in unusual places. For men, the voice breaking; for women, coming to terms with their menstrual cycle, boobs and weirdly long legs. Then there’s the timing—if you develop particularly early or late, other school kids can be very cruel.

But Lucy is not an awkward teenager. Her skin was clear, she’s nicely proportioned, well dressed, she wasn’t wearing ‘too much’ make-up and she has a great personality.

Who Is to Blame?

I wanted to know why an attractive woman would not see her beauty and instead concentrate on ‘all’ of her ‘bad points’. After asking some carefully considered questions, I found out why a beautiful young woman could think so little of her appearance.

Or at least, as a photographer, I am definitely part of the problem.

I take people and I make them appear to be unnaturally beautiful. In the case of a model, I’m taking an already attractive woman or man and I’m enhancing their public image to a state of perfection that not even they achieve.

Put another way: even highly paid professional models aren’t as attractive as they appear to be in the photographs that you see of them.

Trust me when I say that you wouldn’t look twice at many of the models I work with if you saw them before the stylist, make-up artist, photographer and Photoshop specialist have worked their magic.

As a photographer it’s easy for me to forget that I are selling a version of reality that isn’t true. I am being dishonest. But, just like the use of make-up, I thought that the public understood this.

What I learned from Lucy is that the public don’t get this at all. They have no idea just how much we do.

Lucy was comparing herself to the images she sees every day in the movies, on the Internet and on the front cover of magazines. She doesn’t see the clever lighting, the make-up and the digital enhancements. She sees a state of perfection that she will never achieve—and it make her feel very sad, inadequate and ugly.

There is a growing movement on social media to post images of people (usually women) before and after they’ve applied their make-up. As a photographer maybe I need to do my bit to educate the public about my trade—to post the before and after Photoshop images.