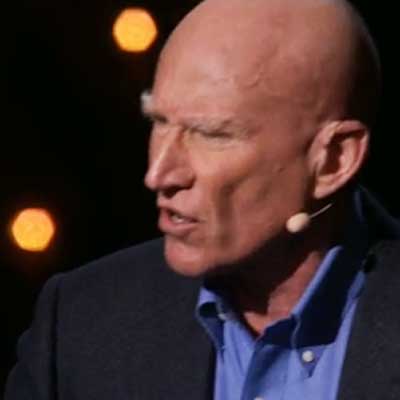 If you don’t know the work of Sebastião (Sebastian) Salgado and his amazing pictures of the Amazon rainforest then watching this video is a must. His black and white images are stunning and inspiring.

At the start of the video the initial slideshow of photographs of the photographer’s work shows a diverse range of monochrome images. These are not only pictures of rainforest trees but some incredible images of icebergs, people and animals.

In his own words Sebastião Salgado describes an early childhood that seems to have been very close to nature. He and his family appeared to live in harmony with nature and the Earth. They were a self-sufficient farming community; surviving on what they produced and making occasional trips to market to sell their excess produce.

From a background that many would consider primitive, this inspiring individual studied economics – gaining a PhD in the subject and working for an investment bank.

A Rebirth in His 30s

Then, in this 30s, he abandoned everything and became a photographer.

His interest in people and their environment led to him being described as an anthropologist photographer. His works include not only pictures of the Amazon rainforest but social projects and the mass migration of people from war torn areas of the world such as Rwanda.

Sebastião Salgado together with his wife, Lélia Wanick Salgado, have published many books many of which can be found on-line.

His images are not just pictures of the Amazon rainforest but often capture the lives of people and environments that suffer from the effects of humankind’s destruction of each other and the plant.

Much of his work is in black and white showing excellent technical mastery.

More Than ‘Just’ Pictures of the Amazon Rainforest

In this talk the photography is almost secondary. He doesn’t appear to be promoting his photography as much as his environmental work. As his story continues he describes an inspiring journey from rainforest destruction to the resurrection of rainforest trees, animal life and human communities.

As you can see in the video, his work is impressive and warmly applauded by the audience. The educated group of people to whom he is giving his talk appreciate the importance that rainforest trees have to our environment and how rainforest destruction is such a threat to the existence of humankind.

The claim that by planting 2 million trees it is possible to remove 100,000 tonnes of carbon from the atmosphere must offer hope to all those who believe that climate change is man-made and who are searching for a means to reverse its potentially devastating effects.